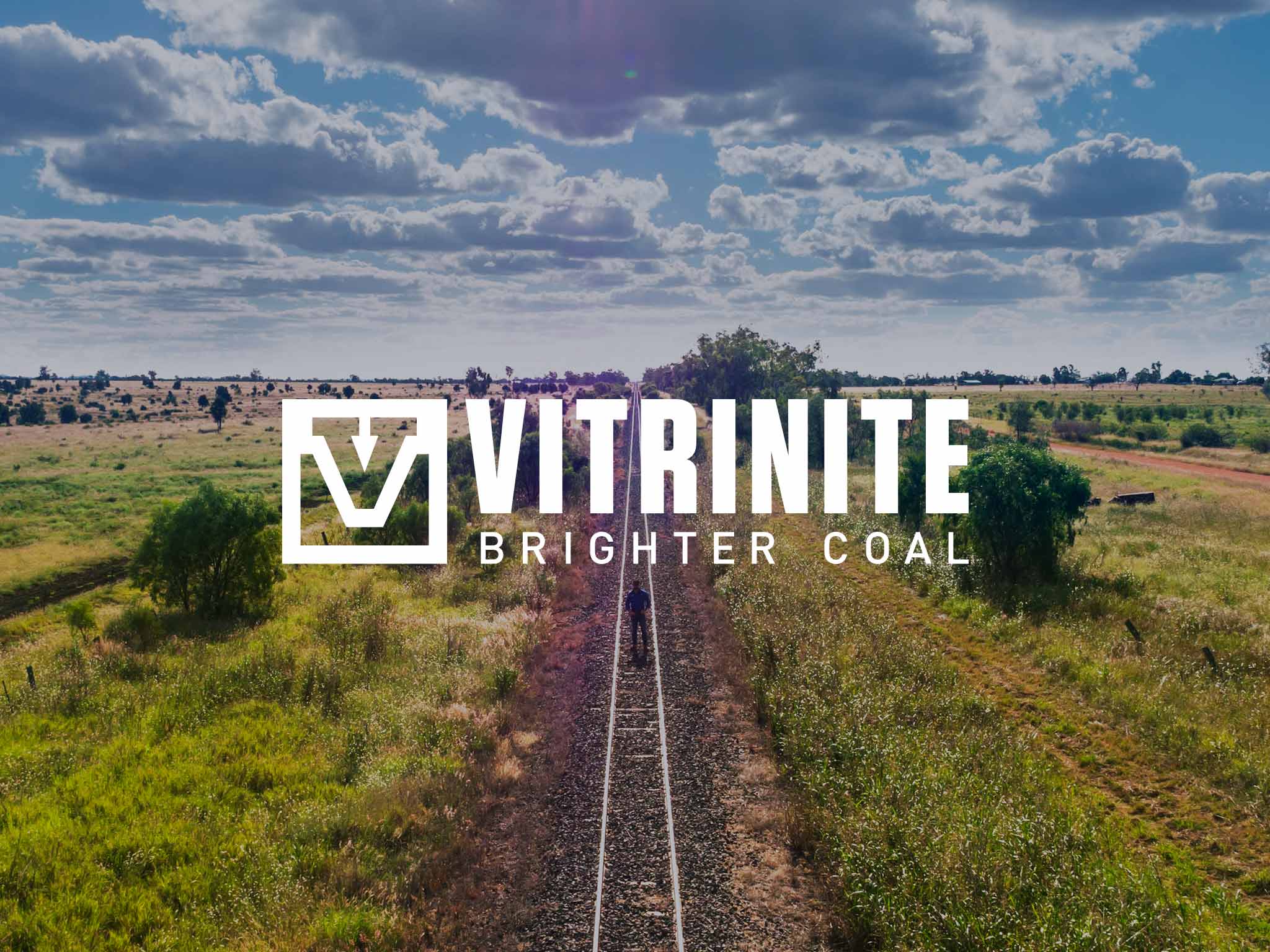 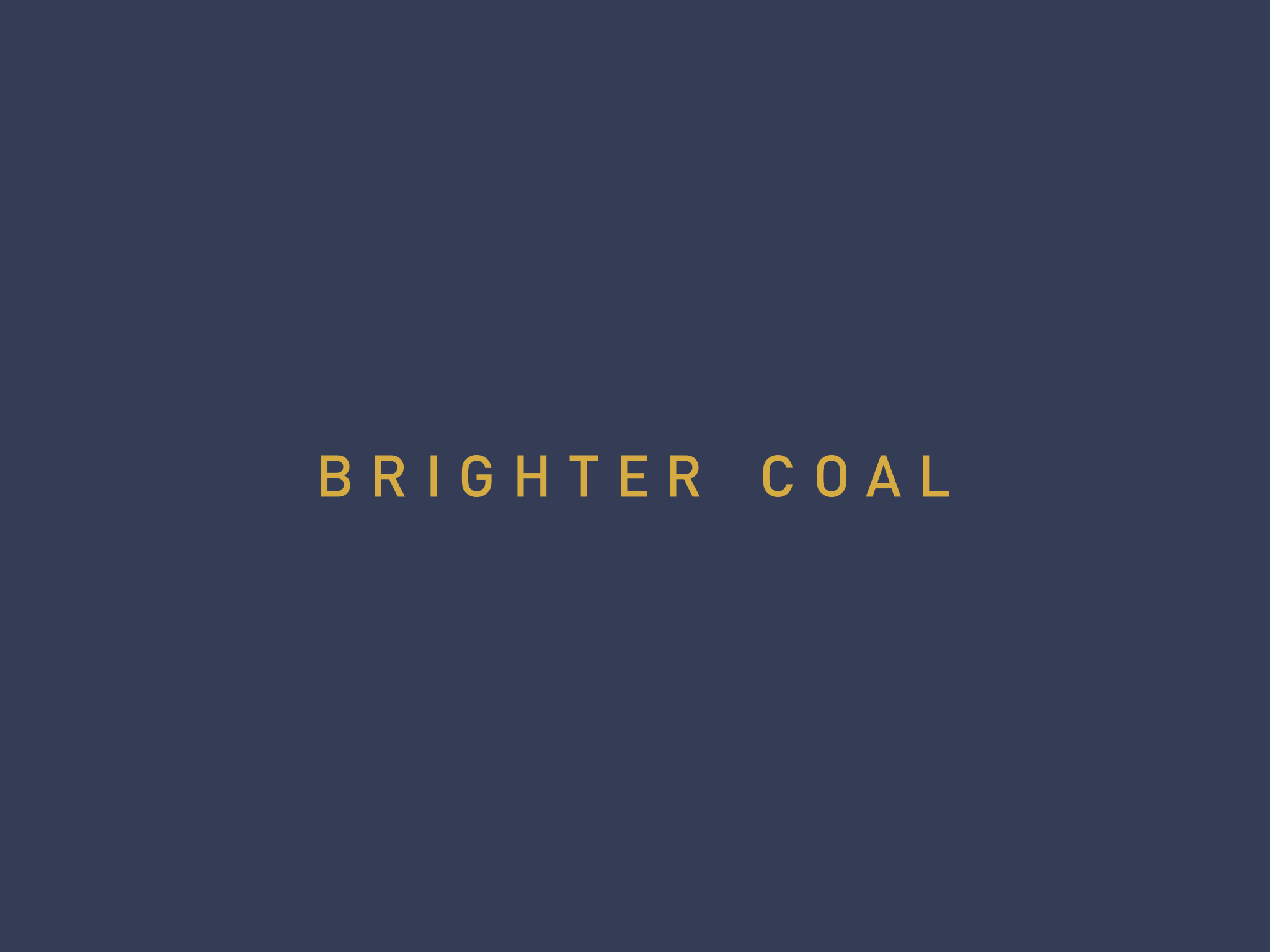 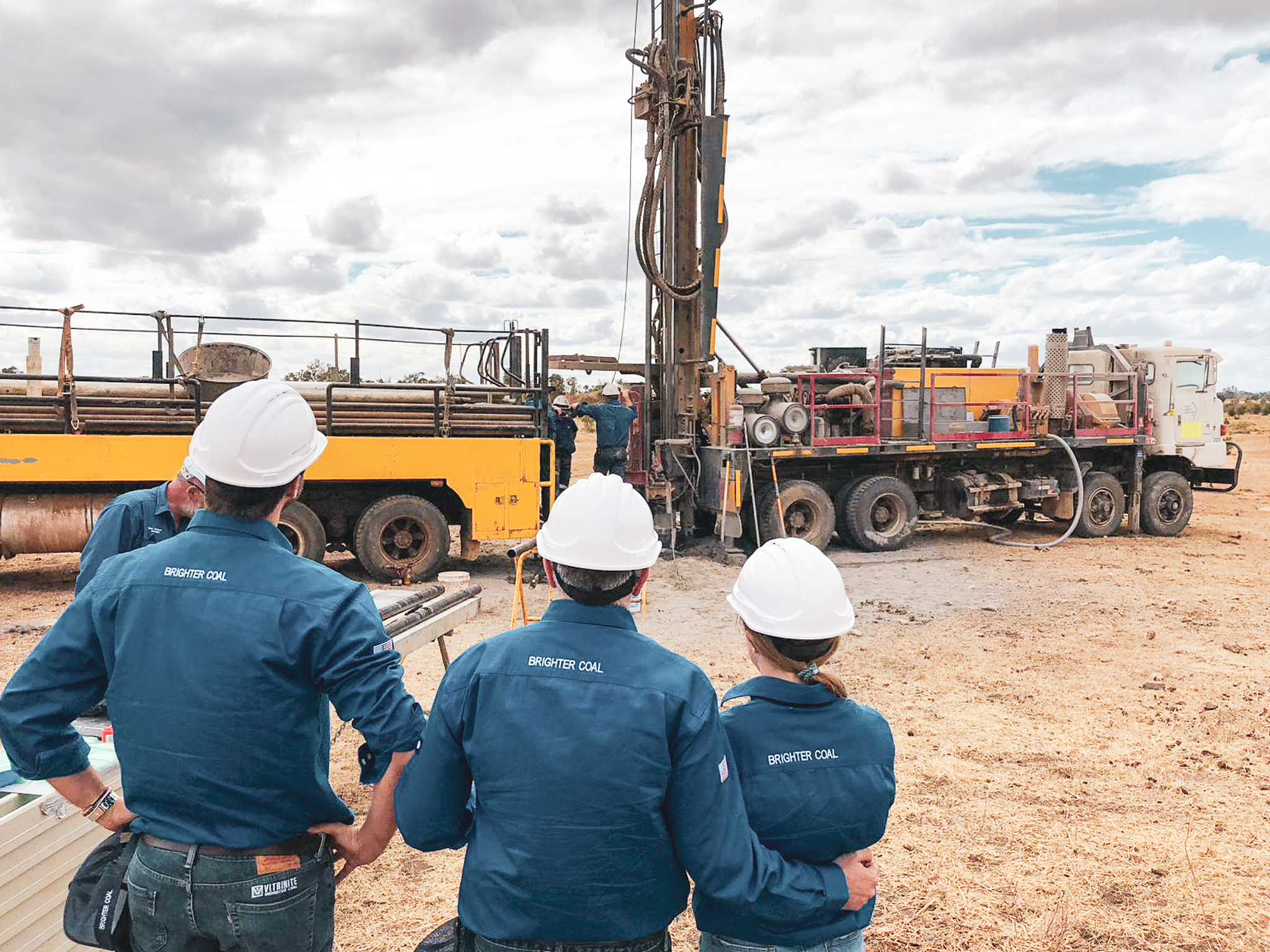 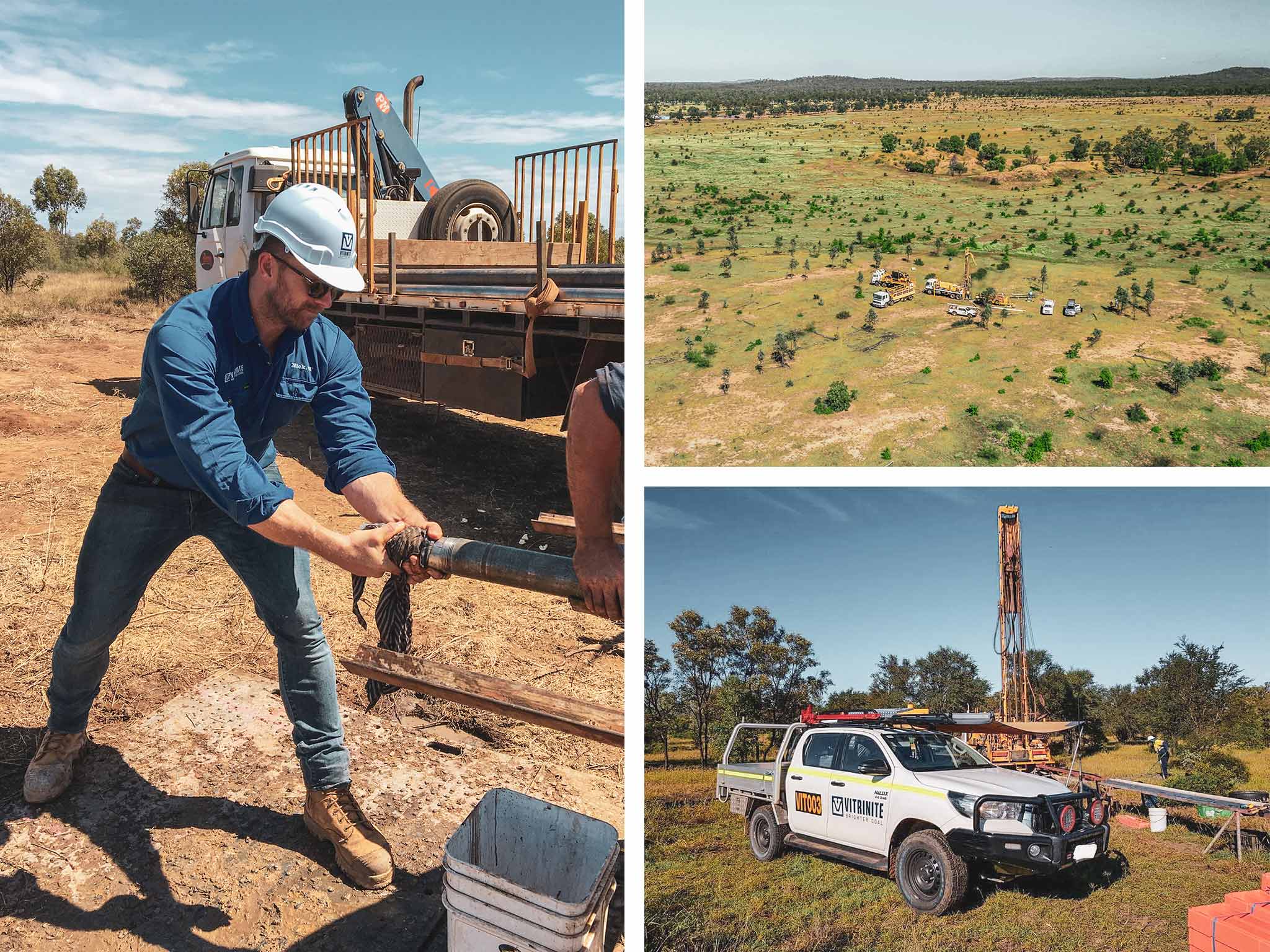 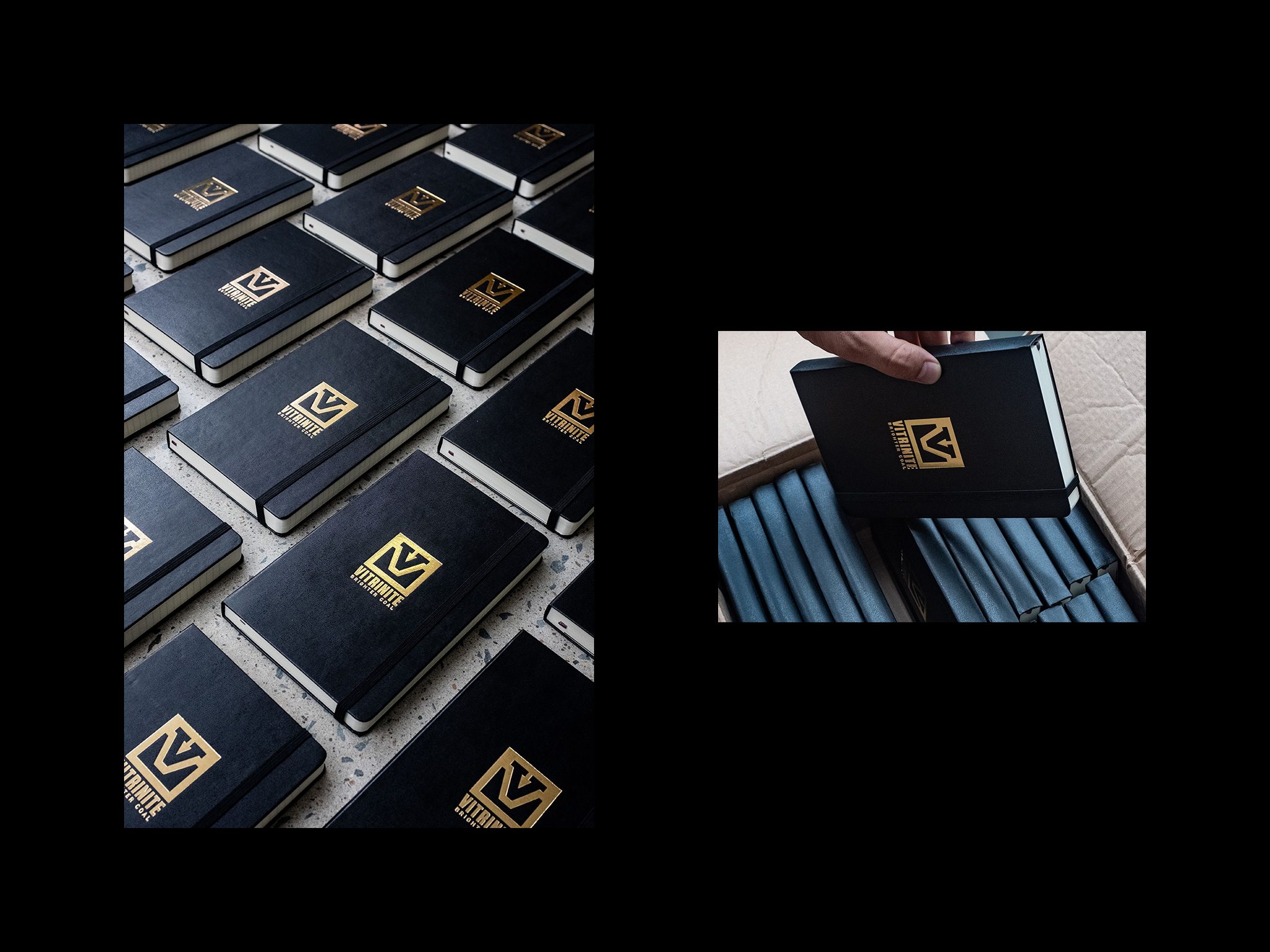 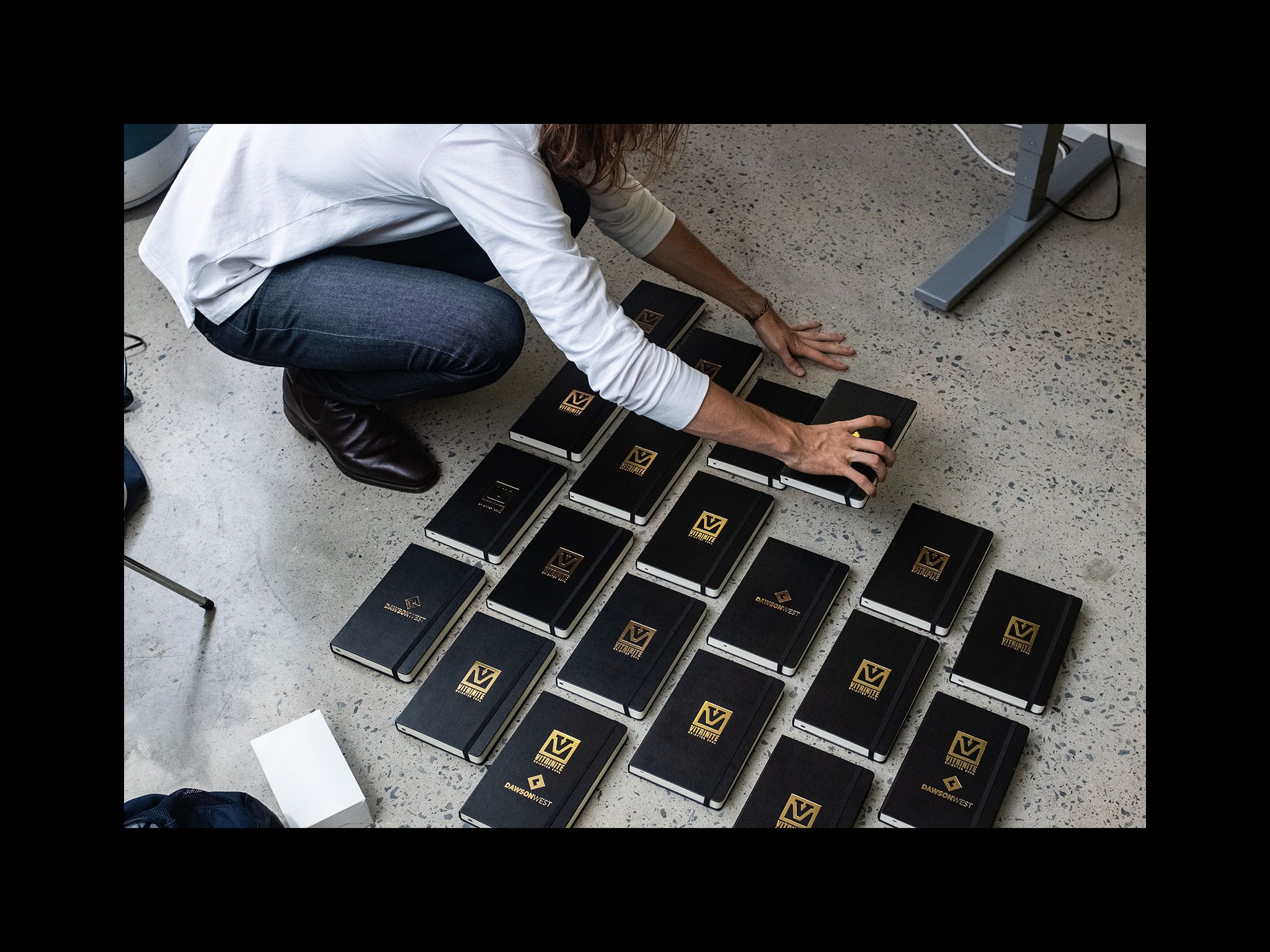 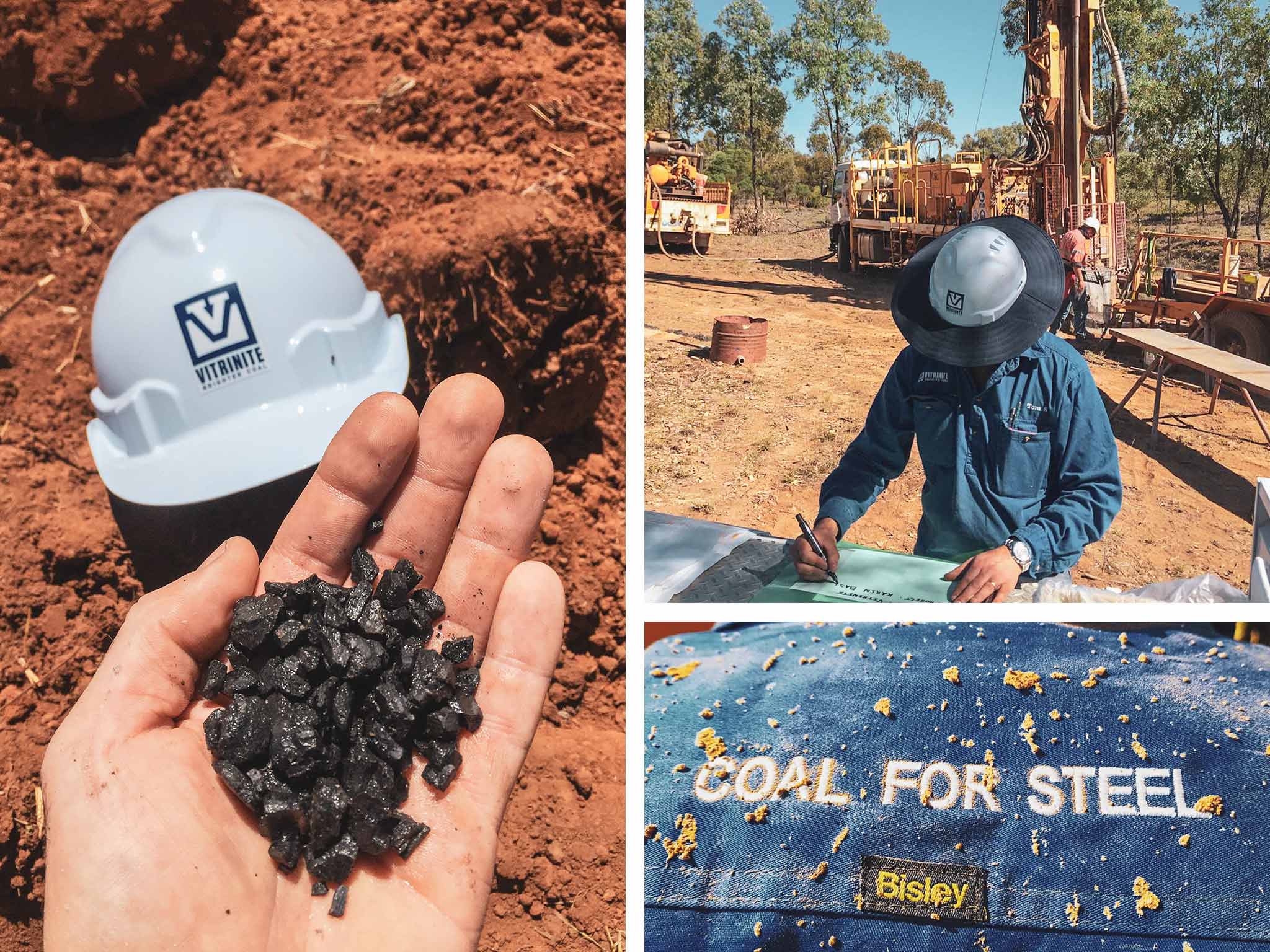 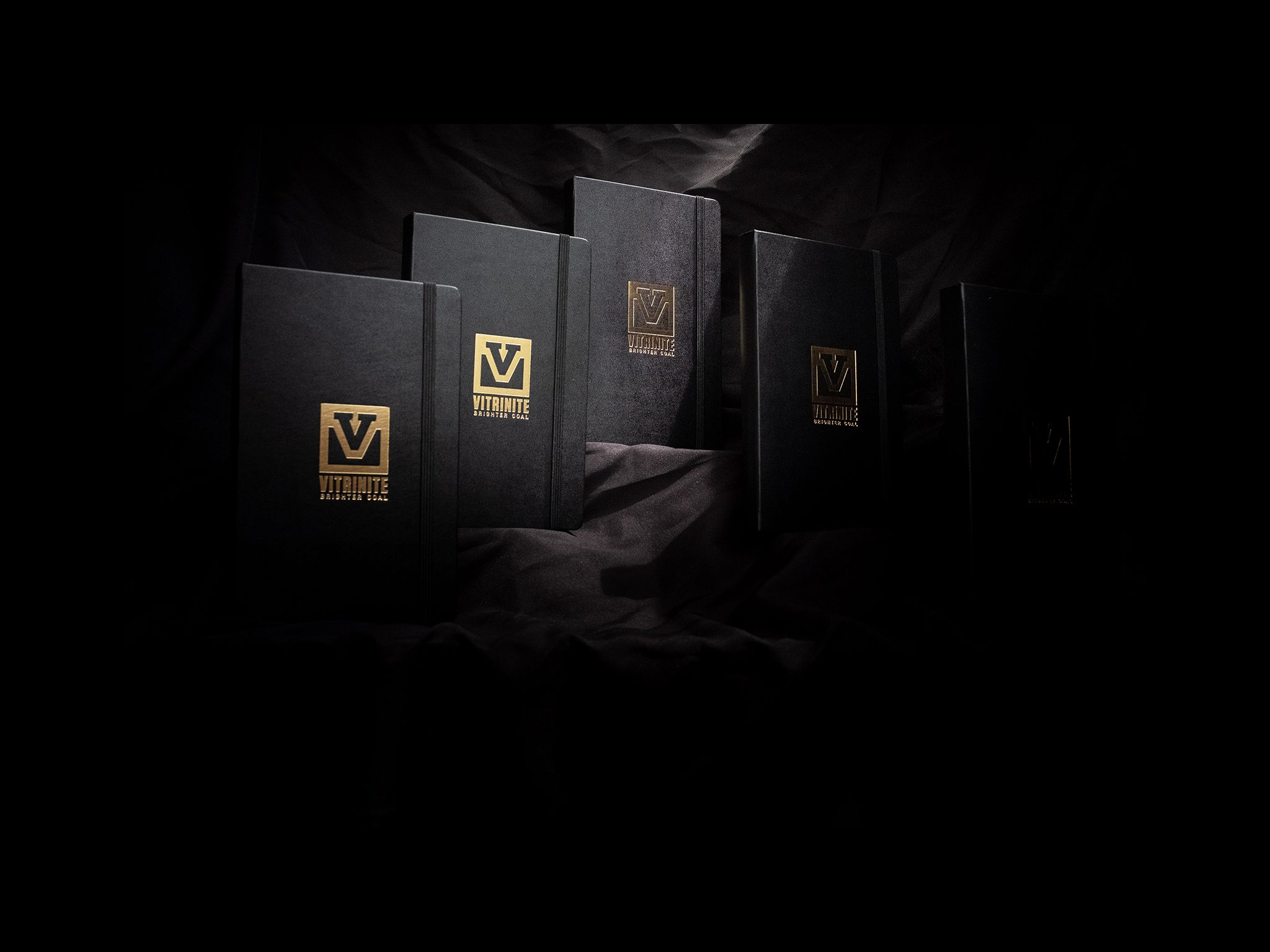 Founding Director, Nicholas Williams, approached us to develop a Brand Identity for his new coal mining and exploration business. Vitrinite is a privately owned company holding an extensive strategic coking coal tenement portfolio within Queensland’s world-class Bowen Basin. ‘Vitrinite’ is one of the primary components of coal, resembling glass in its shiny appearance.

With a focus on high-quality coking coal, the coal primarily used for the production of steel, Vitrinite provides a fresh approach to an established industry.

The logo mark is a V and contains a downward arrow, a reference to mining and to evoke a sense of plunging to a subterranean point.

We developed the positioning line “Brighter Coal” as a nod to both the shiny appearance ‘Vitrinite’ takes within coal, as well as the intelligent and highly-skilled exploratory methods the geologists from Vitrinite implement when prospecting.