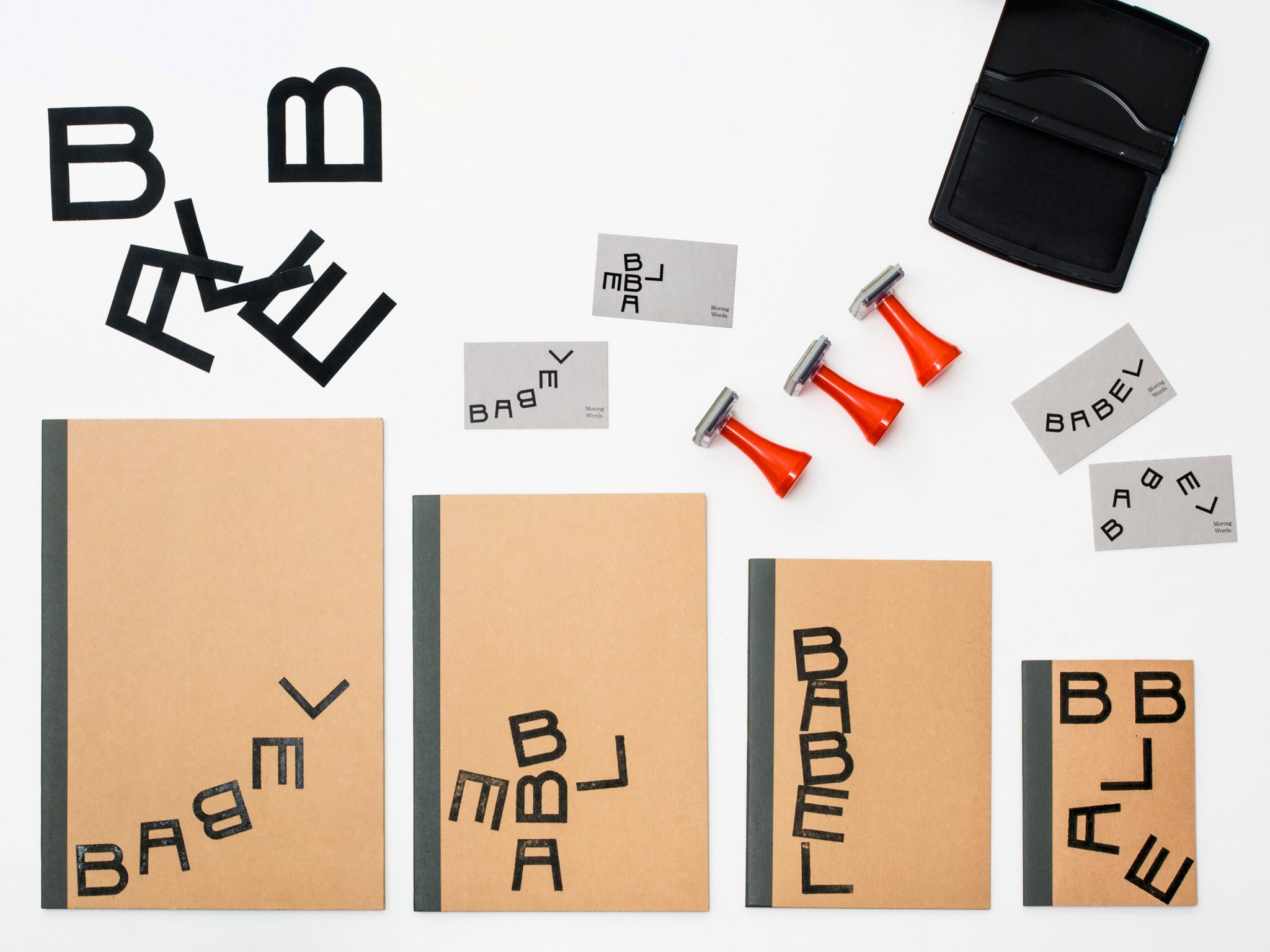 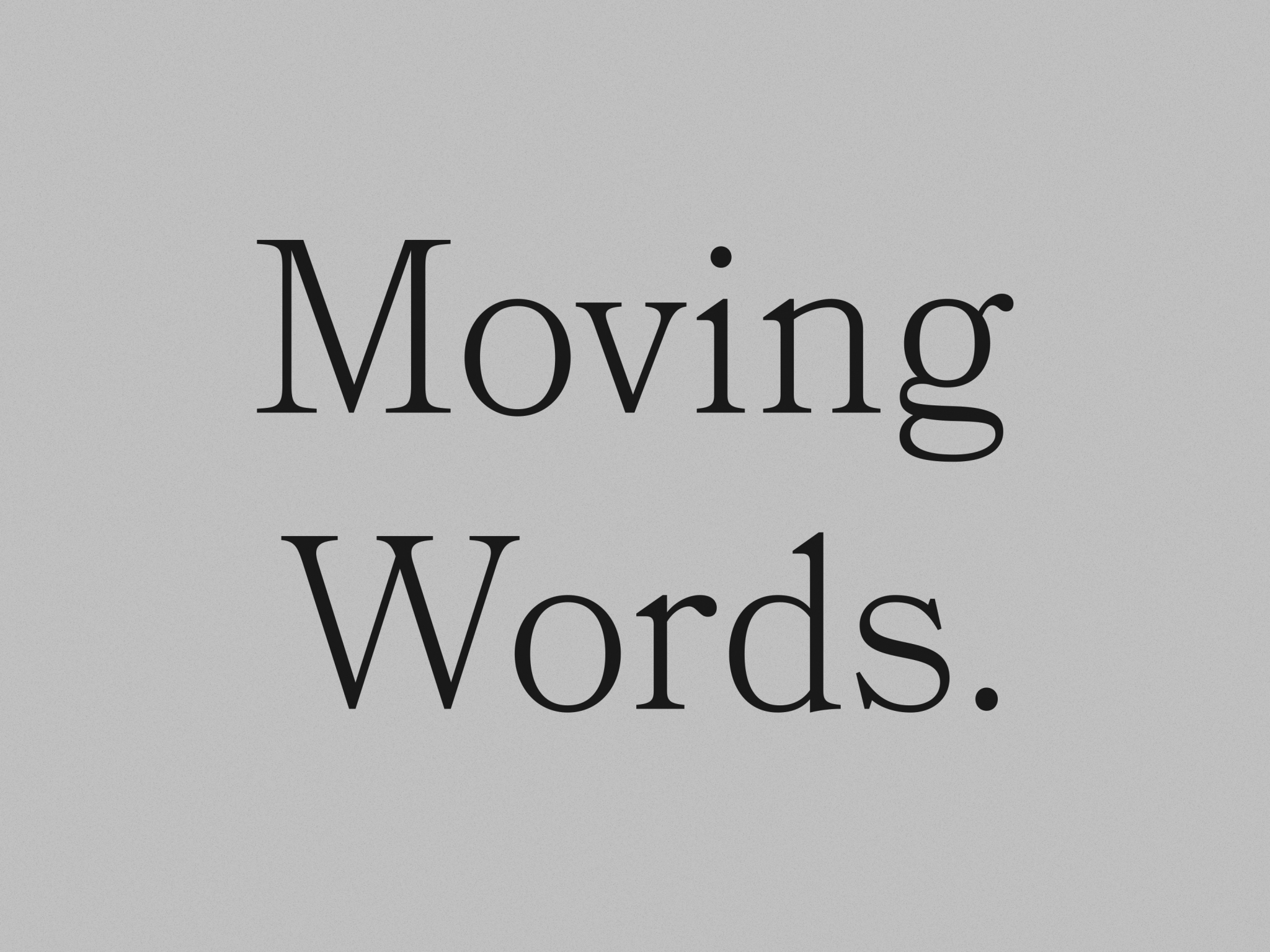 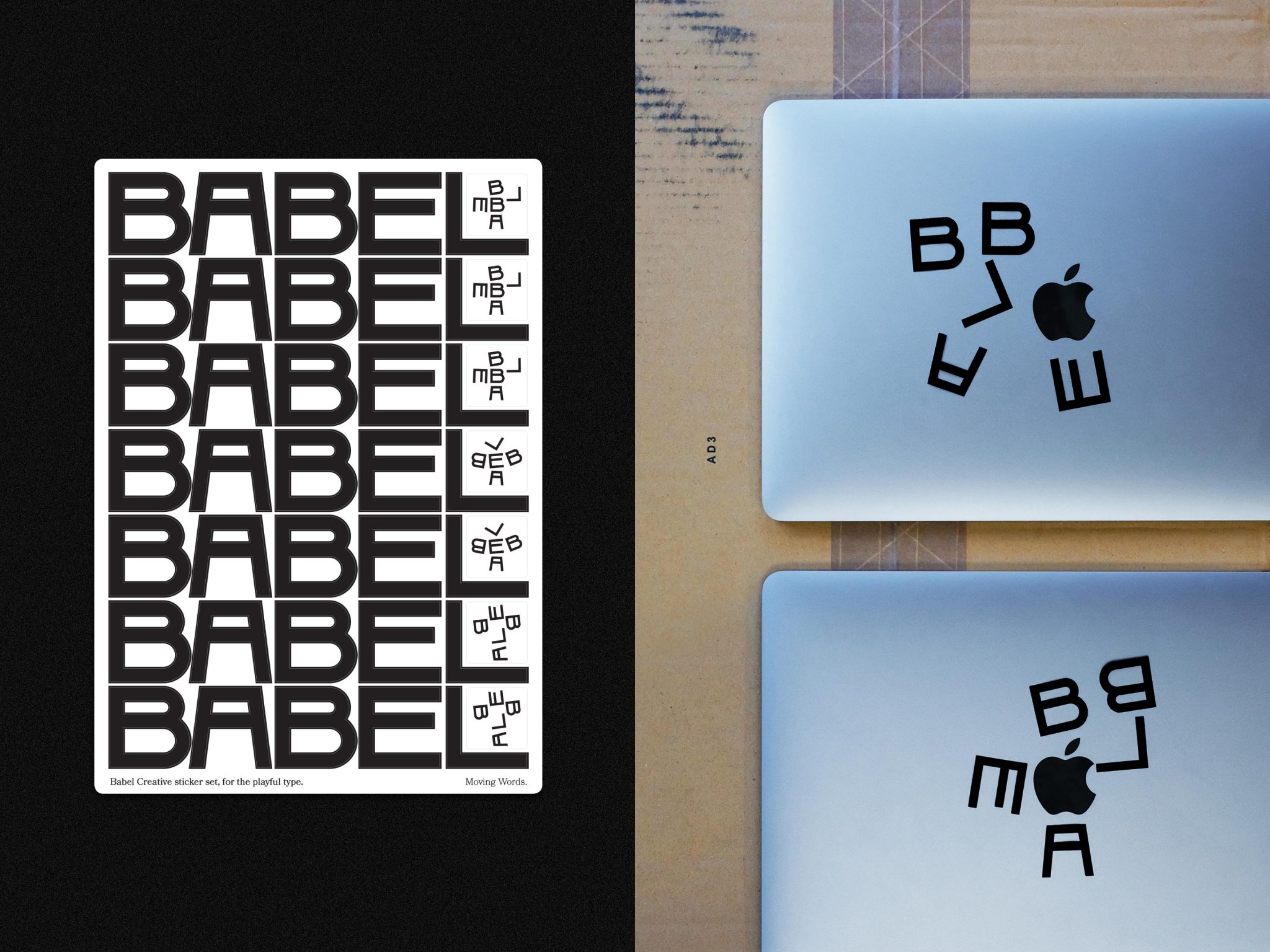 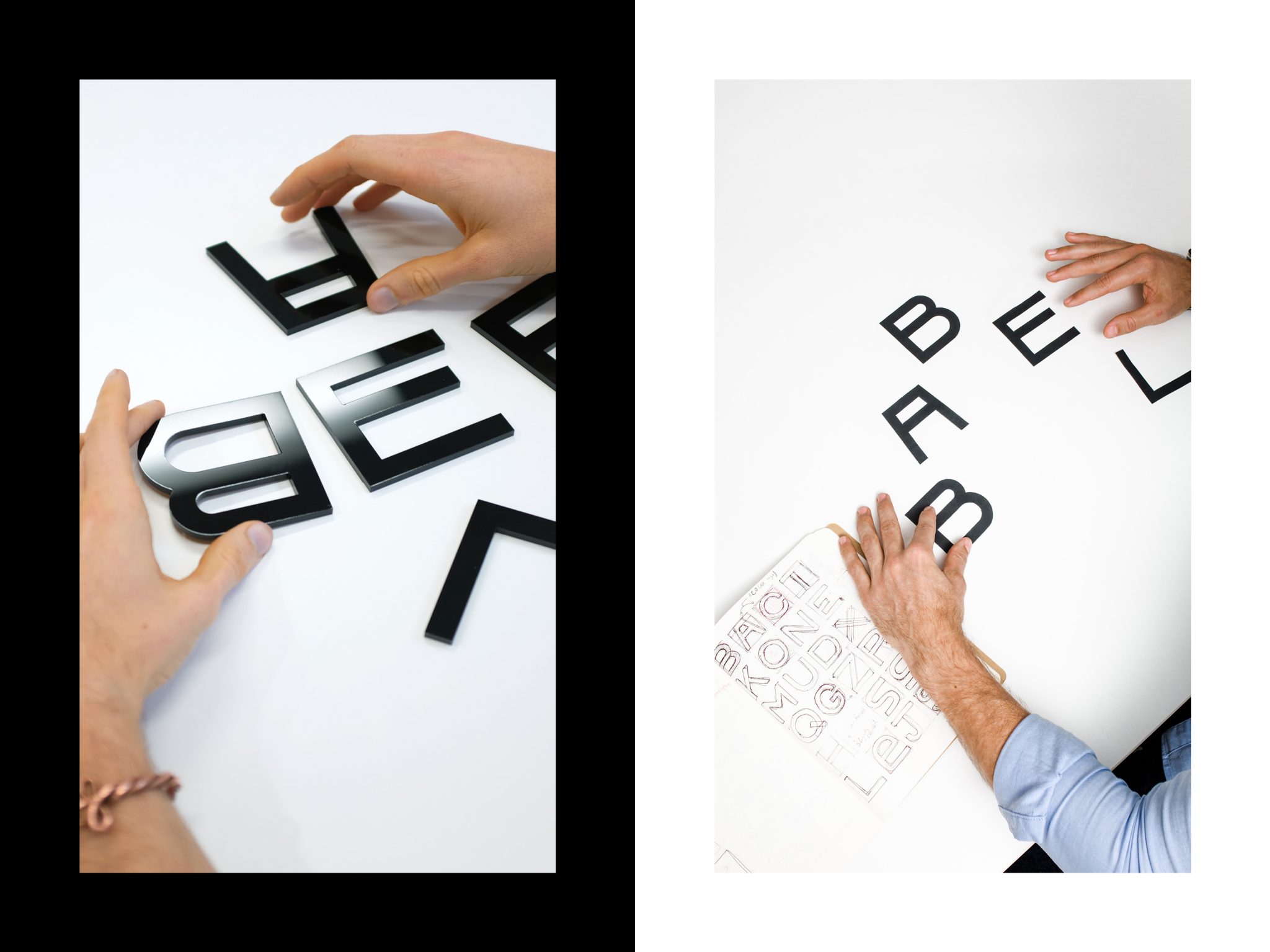 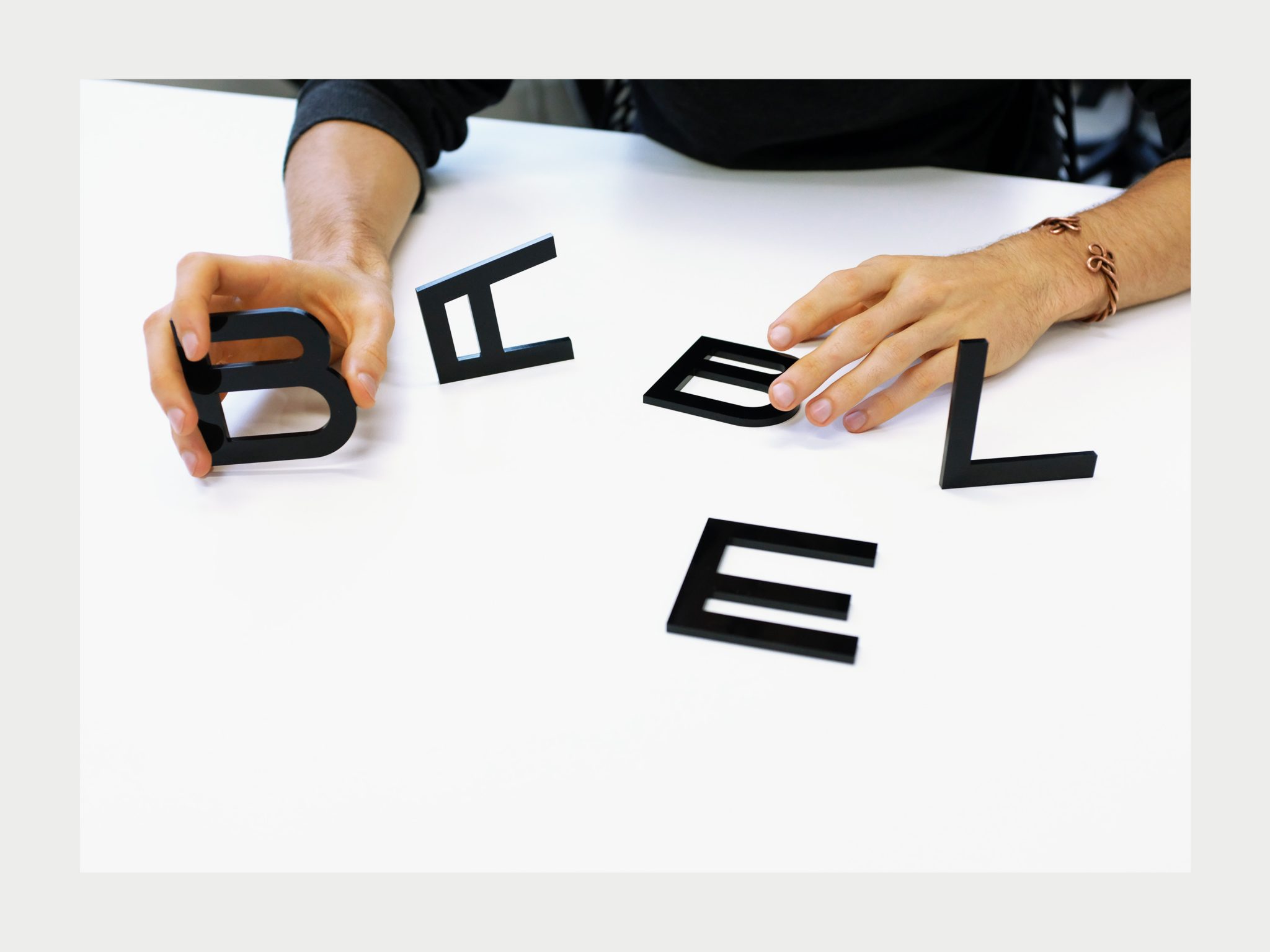 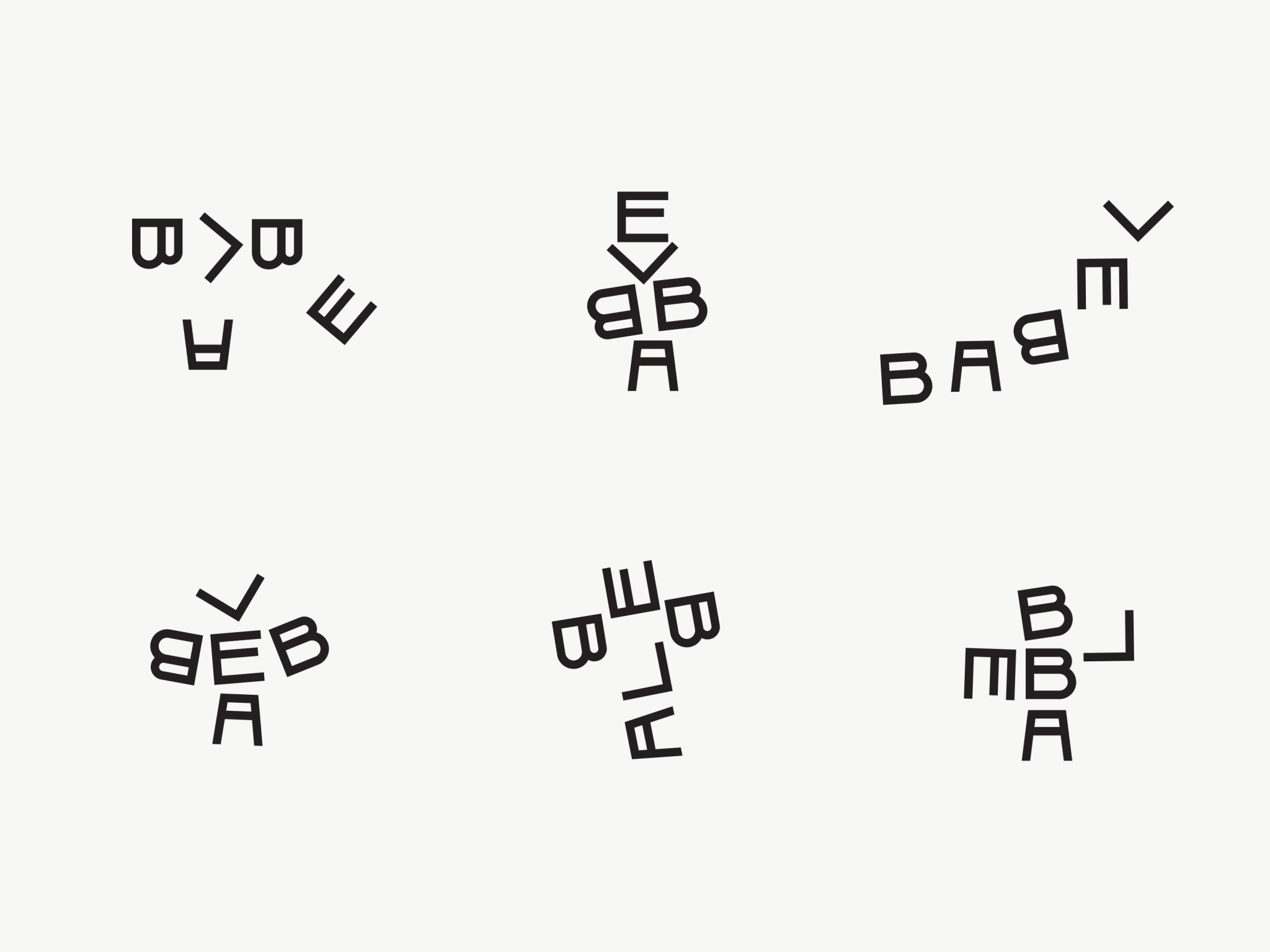 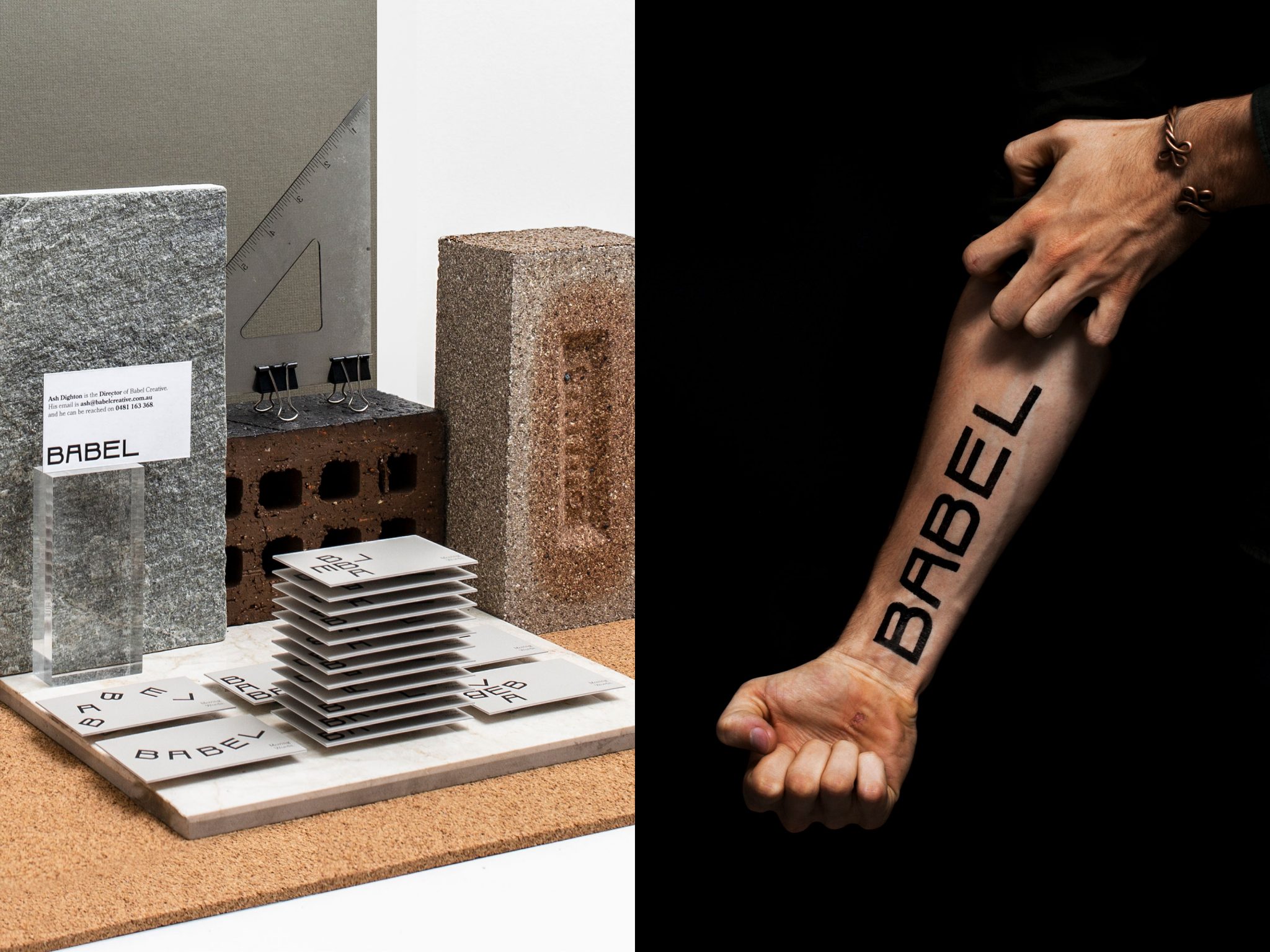 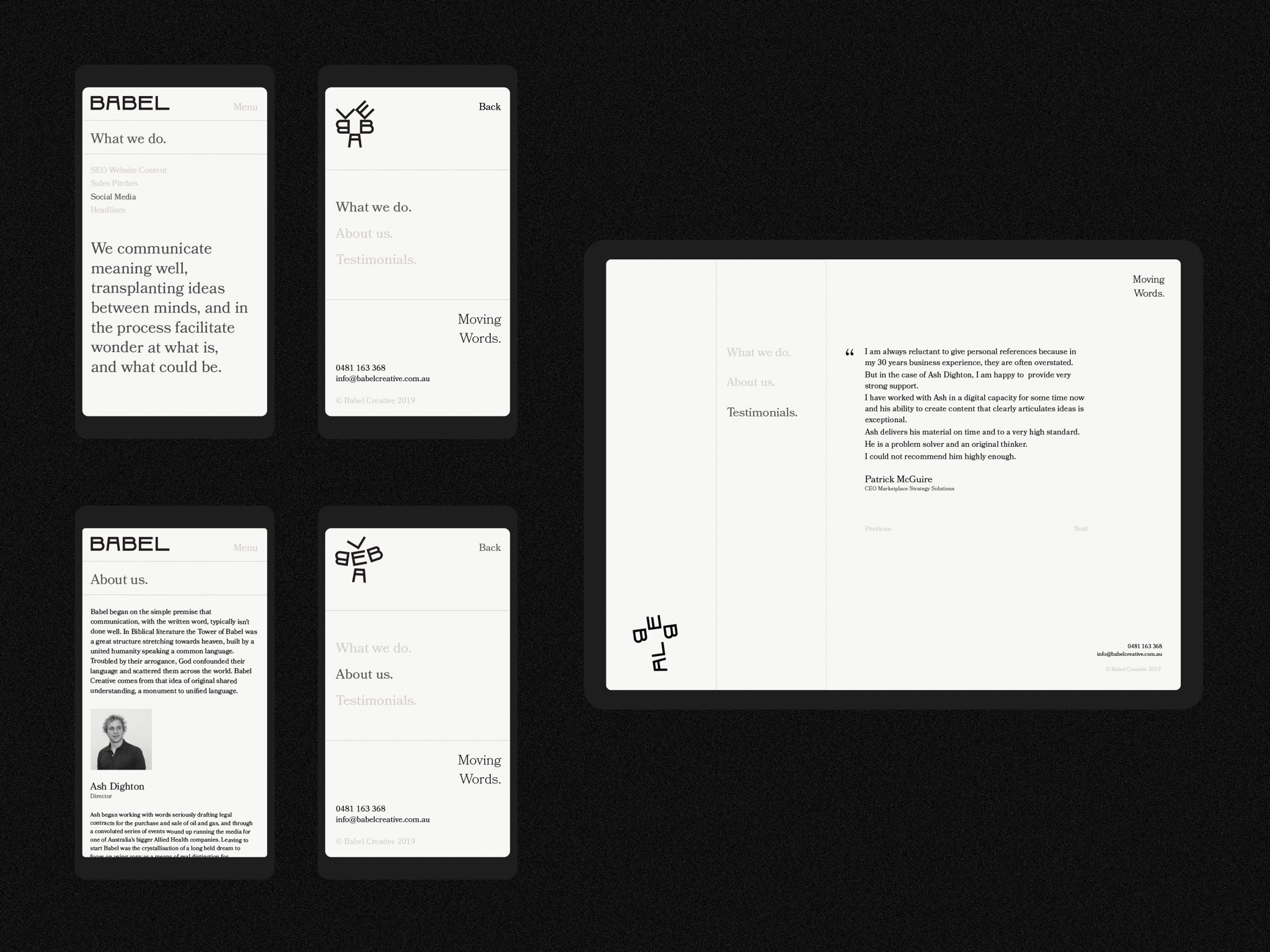 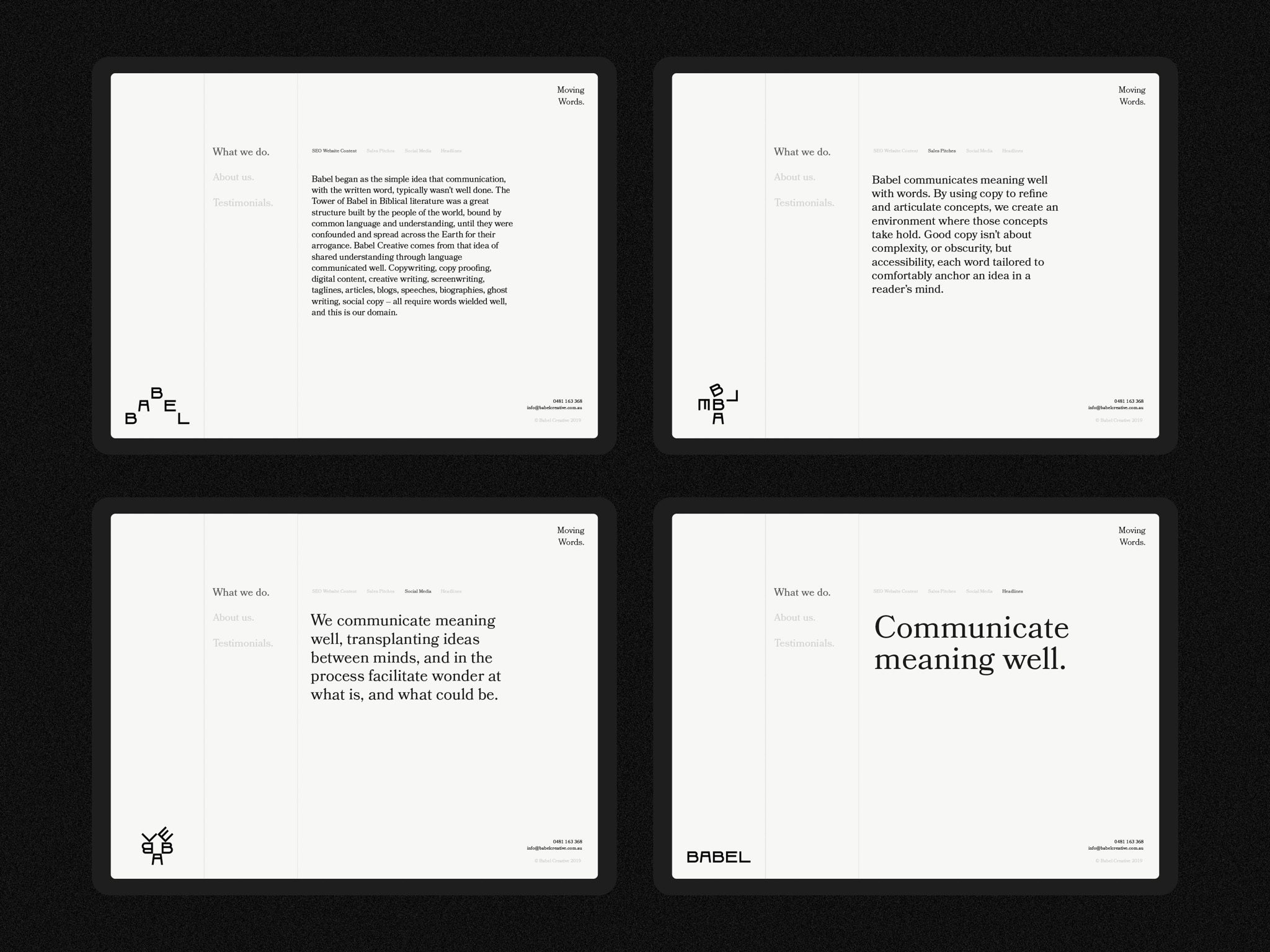 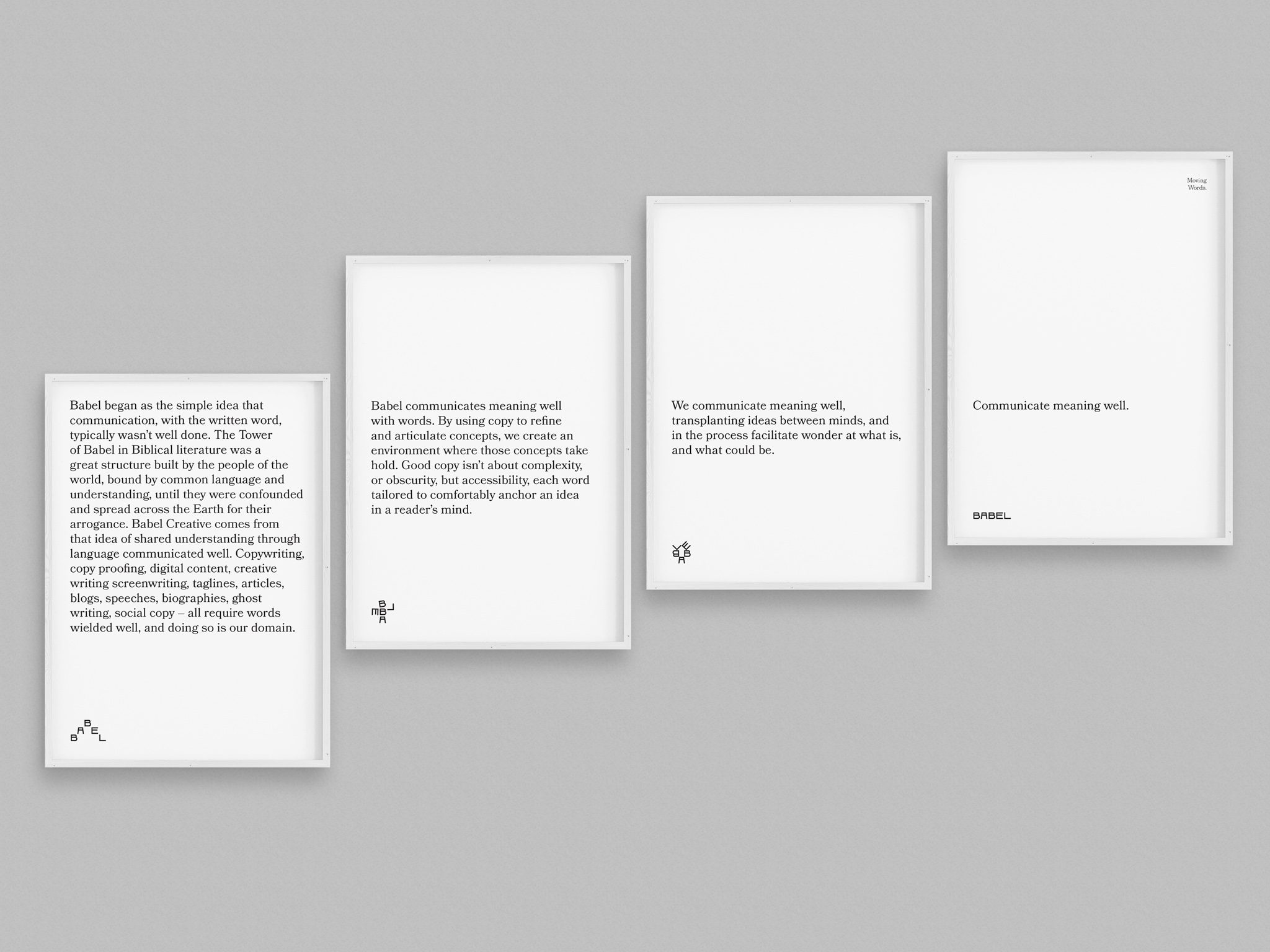 Ash Dighton, a copywriter and creative, wanted to build a new brand identity for his business. Wanting everything from a new logo to a website and marketing collateral, Ash asked us to build him a brand from scratch that distinguished what he did and why he did it.

The focus of Ash’s operation, what became Babel Creative, was to communicate meaning well and move words in ways that achieved that for his clients. The name Babel Creative came from biblical literature; the Tower of Babel being built by a united people with one common language and shared understanding.

By creating the four different letters and allowing them to move, the opportunity arises to form new meanings from the word, and give the team at Babel the tools to endlessly reimagine their identity.

The tagline: Moving Words, a play on what Ash does – not only moving words on a page, but developing content which generates a true feeling and response.